when all else forward fails 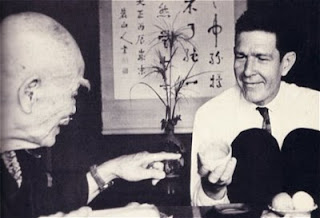 I have a string of releases I am listening through for eventual review here. I prioritize on the basis of when I receive them, not according to when they were released. This is my best practice with respect to the artists/labels that send me their work.

I could care less about writing about something simply because it is freshly minted. Nor would I choose to bypass a strong release because it dropped a year or more ago, or because others have written about it before me. In fact, the last two contingencies will often be true. I find merit in writing about music that has been released amid an avalanche of new releases, well after its initial emergence [and the concomitant initial postings and forum discussions]. This fits well with my somewhat time-demanding listening criteria [about which more than a few of you have given me feedback].

The acceleration of everything- the production of cds/cdrs by artists and small imprints, the speed of *critical* feedback to the music via the internet, the buzzing and blooming virtual salons where the music under discussion is feted, rated and dated at improbable speeds- all contribute to a developing sensibility that devalues the essential ingredient time plays in shaping our perspectives.

Mostly I am saying this to deal with my own manufactured pressure to maintain fresh content here, however dizzying the glut of releases. I hope my readers visit to see what I have to say about music I have lived with a while, sometimes music that has been quickly forgotten in the avalanche of releases, relegated to the internet's dustbin of history, which renders a thing dated by months, not years.

Let's go backwards when all else (forward) fails...
When every thing old is new again.

maybe you should change your blog title to "The Last Word". :)

That would be apposite for many a bbs thread. :^p

One intention here in sounding out this issue of timeliness is to make everyone interested [principally me]comfortable with [re]considering a work already discussed and left in the wake.