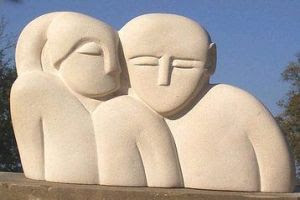 Violist Julia Eckhardt, an integral member of the Q-02 sound art collective in Brussels, Belgium, conceived of a way to play chinese whispers [known by its less polemical name, telephone, to several generations of children in the U.S.] with nine fellow musicians; she set the following parameters- beginning in January 2009, she sent a seven minute sound file to her successor, who was to listen to it and create their own seven minute piece within four weeks, then send their creation on to the March recipient...you get the idea. The result, concluding by design in December 2009, and released in April of this year by the unfailingly interesting imprint Compost & Height, is 2009. Imagine playing telephone with your playground mates, if they included John Cage or Charles Ives.

The length and working deadline were the sole formal rules set out by Eckhardt. She articulates the possibilities she imagined for the completed project- ...misunderstanding could lead to creative interaction, presupposing that there is an active and open listening.

You say I am repeating/something I have said before. I shall say it again, T.S. Eliot wrote in his syncretic master work on time and karma's circularity, The Four Quartets.
Eckhardt says the participants are catching up with the noise and flow of time. Indeed, and the sorts of sound choices, as well as the intrinsic partial and limited elements each successive artist brings forward, are the marrow of 2009's creation. Whether you approach its 10 tracks alert to whatever connective tissue is established by each compeer, or simply enjoy the trajectory, 2009 yields both overt and nuanced relationships.

The musicians involved, several of whom are associated with the Q-02 collective, use both electronic and acoustic instrumentation, some creating their seven minutes as explicit responses to their predecessor, some abstracting elements of what they are sent as pigmentation or basic shapes, making of their iterations mists and sound clouds that, leaned into long enough, reveal the seeds played forward.

Let's review Chinese whispers briefly- you whisper a phrase to your listener, who repeats what they hear to their listener, and so on. A chain is established, and what we hear may send what was said in startlingly new and unanticipated directions. 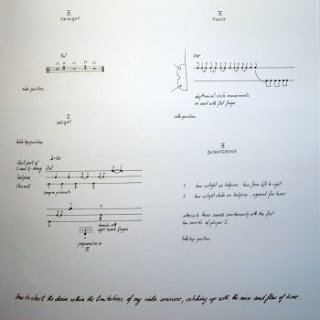 So it goes in the chain of linked and interdependent musicians here. Ms. Eckhardt has the inaugural piece, a relatively lively, abstract dance for a prepared viola. With equal parts rasp, scrabble, keening arco and breathy, tactile viola aspirations, Eckhardt provides the aural seeds for 2009. In catching up with the noise and flow of time, some, like Chiyoko Szlavanics on track two, work in a concrete and accessible manner. Szlavanics uses Eckhardt's piece for a base track, limning it with her own striations of crackle and hiss, producing the most mimetic of the 10 tracks.
Szlavanics studied with James Tenney, and frequently bases her sound art on abstract drawings, with dedicatory titles to Eva Hesse and Agnes Martin. The minimalism in her additions to Eckhardt's track make sense heard in that light. She laces the replayed viola parts with filigree details, openwork with no intention of changing the essence of Eckhardt's offering.

The change in course heard in the ensuing eight tracks is a gradual divergence from that approach. On track three, Mieke Lambrights, who has studied with audio artist Esther Venrooy, sounds especially attuned to space and silence, working mainly with low thrumming tones, beginning the departure from Eckhardt's opening salvo. Lambrights' contribution is lovely, if difficult to hear at lower volume levels. On that point, Eckhardt assures us, in a liner note addressing the considerable dynamic range of 2009, soft sounds are intended!

On tracks four and five, Manfred Werder and Annette Krebs respectively, the whispers become, for the first time, uttered in very specific locations and times. Both Werder and Krebs' offerings are comprised largely of field recordings of the streets of Brussels, a diary of Babel, with the pitches and inflections of ordinary, conversational speech making the music. Krebs edits the conversations, as she does on several of her recent releases, and the result is like a truncated, real-time version of Cage and Tudor's Indeterminancy.

I really like what Krebs is doing with sampled speech and her tolling, vaguely kulintang-sounding guitar work, here and elsewhere. She clearly labors over her sound placements and juxtapositions, but the resulting sound is fluid and unstudied. 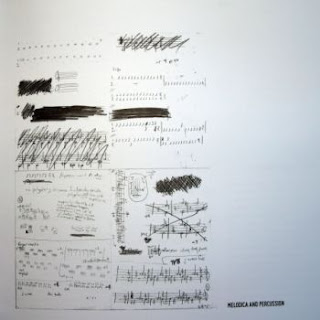 I have listened to track 6 in the great chain of 2009 with a conscious effort to hear how it might be linked to what comes before and/or after its nasally, plangent intrusion into the flow of things. The piece is for melodica and percussion, the sand-in-the-vaseline offering of Wandelweiser composer Tim Parkinson, whose cello and solo piano pieces I enjoy greatly. Suffice it to say it is the improbable diffraction of Parkinson's piece I dislike intensely, not its putative attempt at a radical divergence from 2009's overarching shape. After multiple listens, I simply skip over this artless cheese, regretting only the impedance it throws into 2009's flow [and you can rightly interpret flow here as the popular psychologist Csíkszentmihály intended it- a state of complete absorption in what's happening in the moment and in the flow of things]. Understanding I am clueless as to Parkinson's intentions, track 6 simply sounds clumsy and insensitive. I hope my follower speaks German, Krebs reportedly said, referring to the abundant German speech heard in her contribution. That's the least of the problems with what follows. A pity it follows Krebs' pith work

And the end of all our exploring/will be to arrive where we started/And know the place for the first time.

Happily, genuine alchemy ensues in the three subsequent tracks. On track 7, Olivier Toulemonde, who might have justifiably distanced himself from the preceding clam note, opts instead to rework the melodica strains by embedding them in location recordings, a brief capitulation to the street cacophony of tracks four and five. The whisper stream is inexorably coiling back to where it began.
Track 8, a beautifully vaporous drone piece from Manu Holterbach, also carries forward, to my great surprise, wisps of the offending melodica, by now transformed into part of Holterbach's sound envelope, rendered musical. Holterbach has at least two prior releases worth your trouble, one an Eckhardt composition entitled Permutations of the Key of G, for fans of Young or Niblock. The other is found at Compost & Height's web site, a sound installation piece entitled Belladonna Borealis.

Track 9 by Aernoudt Jacobs [Arnaud Jacobs, for those keeping score at home] is as lovely as the preceding cloud music. It serves to bridge the vaporous, misty diffusion of Holterbach's track to the concluding piece, in which Anne Wellmer completes the attenuation of 2009's noise and flow.

And this is how the sound arc Eckhardt has launched 60 minutes prior to 2009's concluding track ends- neither a bang nor a whimper, but an attenuation delivered by each musician prior to and following Parkinson's track. The last 4 tracks in particular can be heard as transitioning from a sort of formal, conceptual approach, to a much more intuitive sounding stream-of-consciousness. The whisper stream gradually evaporates, a process of diffusion carried off perfectly by Wellmer's ending the year, and the recording, with a walk through dunes, holding aloft loop antennae that capture the music of the ionosphere. The Chinese whispers are finally exhausted, having traveled from Eckhardt's opening flux of string scrapes and rhythmic rasps, to the desuetude that concludes every ceremony and celebration.
In my beginning is my end.

There is an anecdote concerning Chinese whispers from the trenches of WWI.
The story goes that a besieged battalion, hoping to get reinforcements before being wiped out by their enemy, passed along the troop thread in their trench the following message: Send reinforcements, we're going to advance!
By the time the message reached the last troop relaying the entreaty to the soldier on the radio to HQ, it was Send three and fourpence, we're going to dance!
Posted by jesse at 8:25 PM