sound off the page 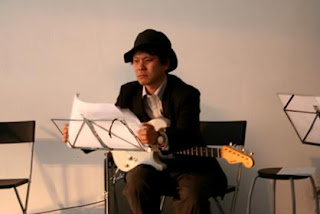 You see, I hear sound off the page.
~David Tudor 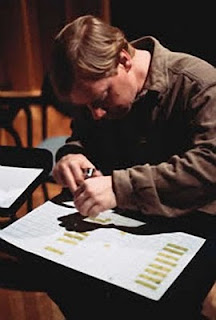 I did not see that we were going to a goal, but that we were living in process, and that that process is external. My intention ...is to suggest that all things, sounds, stories (and, by extension, beings) are related, and that this complexity is more evident when it is not over-simplified by an idea of relationship in one person’s mind.
~ John Cage

I have been listening a lot lately to Taku Sugimoto and Michael Pisaro's recently released duo on Erstwhile, 2 seconds/b minor/wave. I want to post a few remarks separate from a review I am writing that may not appear for a good while. My thoughts are primarily loose threads around the edges of how the three compositions were made-the duo's working process, as I understand it-and a few tangents on that curve.

My thoughts are provoked nearly as much by a few brief e-mail exchanges with the two musicians, as by my close listens to the album. 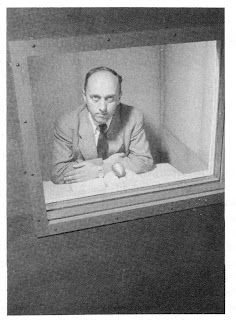 Werner Meyer-Eppler was the Alan Freed of electro-acoustic music, coining the term aleatoric to describe some of the experiments occurring at Darmstadt in the mid-50s. Importantly, he articulated the parameters of aleatory music as something like the concept is determined, the details are left to chance. Fixed control fused with the musician's fluidity; this is as apposite a description of Pisaro and Sugimoto's collaboration as any, I think.

2 seconds/b minor/wave are three 20 minute pieces that conform to the following ground rules [ as clarified for me via an e-mail from Pisaro, well before the album was released]:
The e-mail exchanges about their collaboration started in February 2010; the ground rules were arrived at in June. Sugimoto sent Pisaro his contributions in August. Pisaro completed his in October, resisting the temptation to listen to his partner's files prior to completing his own.

I wrote Pisaro that I regarded this collaboration as inevitable, augured in remarks he made in his essay Wandelweiser, published in September 2009 on the ErstWords site. I stated the same to Sugimoto, referencing his essay from 2006, Two Worlds, also appearing on ErstWords.

In his essay, Pisaro wrote
...I'd like to say just a little about the relationship that has developed in recent years between Wandelweiser and some musicians from Japan. Some of these, in retrospect, had something like the aura of inevitability...Sometimes the concerns, if not the music, seem so similar as if to be identical; as if a group of ideas was circulating of which no one was directly conscious- as if they had no real point of origin and were able to place themselves anywhere they could fine a "host".

To my remark about inevitability, Pisaro replied,
It only seemed inevitable to me that Taku and I would collaborate after Jon [Abbey, the Erstwhile label honcho] suggested it. I wouldn't have thought of collaborating with another composer on an erstwhile project.

Sugimoto's response to my suggestion of my prescience about the pair teaming up is worth quoting here at length:
I had a toothache a week before I left Japan, so I had to go to a dentist. I chose an old fashioned clinic because I thought that few people visited this clinic, therefore I had not to wait for long time. My choice was inevitable though I could go to other clinic. I mean all the choices are regarded to be inevitable unless the result is unhappy.

Somehow, for me, it seemed entirely appropriate that Sugimoto would respond to a question about the pair's respective musical universes meeting, carried forward by the demi-urges of historical momentum and the aesthetic karma Pisaro hints at, with a dental analogy.


Just the other day I went to the dentist. Over the radio they said it was the hottest day of the year. However, I was wearing a jacket, because going to a doctor has always struck me as a somewhat formal occasion. In the midst of his work, Dr. Heyman stopped and said, “Why don’t you take your jacket off?” I said, “I have a hole in my shirt and that’s why I have my jacket on.” He said, “Well, I have a hole in my sock, and, if you like, I’ll take my shoes off." 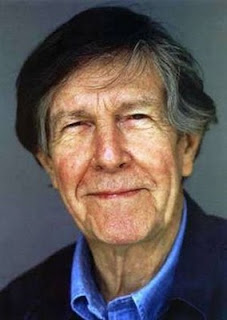 There is, at the conclusion of Pisaro's essay, this:
...I wonder if some of the most fragile seeds planted in the mid-century, by Cage and the experimental tradition...and by the quiet experimental tendencies in Japan [Toshi Ichiyanagi...] have, after spending many years underground started to spring to life, invisibly, everywhere.

I wonder this as well, listening through 2 seconds/ b minor/wave for the umpteenth time. That fluidity within a fixed form I referred to, the details left to chance, as Meyer-Eppler said, are self-evident in this duo's merged sound files. I expected a strange encounter of the melody with the harmony, Sugimoto wrote me, for Michael could never know my chord progression. You will, of course, need to hear b minor to grasp how right the aleatoric process sounds for Sugimoto and Pisaro. [Amusingly, I recently came across Boulez' 1957 essay, Alea, in which he distinguishes, in an insufferably prickish manner, between the right and wrong forms of chance operations, Cage's work being, naturally, an egregious example of the latter]. 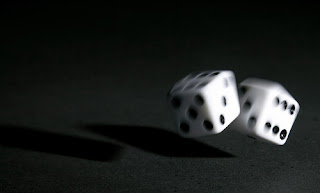 This was really a bit like casting the dice. It always seemed to me that it was possible for it not to work at all. But what started out sounding risky became an opportunity to discover a fundamental rapport.

This was Pisaro's response to my stating that the aleatory element of this project seems like a third presence in the collaboration. I submitted the same observation to Sugimoto, who replied
I think it is difficult to do what we aimed for... the third piece is what it is: two different pieces exist simultaneously—that is most difficult thing... I am satisfied with the result.

The other question I had for the two concerned how consciously they held the others' prior work in mind, while composing their respective parts. Pisaro's response is a fine, pith summing up of what many of Sugimoto's playing partners and listeners have discovered over the past decade- I thought a lot about Taku's work. Based on that, it was clear to me that I wouldn't be able to predict or anticipate what he was going to do.

Sugimoto's reply was surprising, in a different way. I asked if his sound choices were guided at all by thinking of Pisaro's prior work. He replied
No. I composed each of my part as an independent piece. In fact the second piece—“b minor”—was composed not specially for the duo with Pisaro. I have played this piece alone, and also with Moe Kamura adding the melody which I composed. 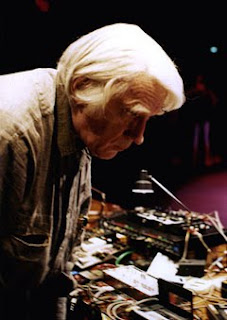 Akin to David Tudor's 1959 collaboration with Cage, Indeterminancy, Pisaro and Sugimoto's three pieces are framed by their pre-arranged duration- Cage's texts, overlapped with Tudor's music, separately recorded and unheard piano and electronics, were concise 60 second episodes; Pisaro and Sugimoto's are, as mentioned, 20 minutes. It is left to each listener's ears to gauge the resulting fit. As I said at the outset, I will reserve my remarks about the sounds for my review. It is this living in process, as Cage had it, the relatedness of things, that is stunning about Pisaro and Sugimoto's music.

In a 2004 interview, Jason Kahn, who by then had known and worked with Sugimoto for at least six years, said about the guitarist, I have the feeling - and I can only speculate here as we don't often talk about music when we see each other - that he's going after a certain sound, really trying to get to the essential sound he wants to hear. 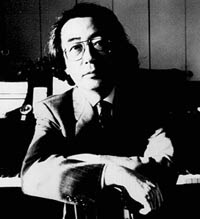 As each of these musicians has continued going after their essential sounds, whatever either will say about inevitability, the aleatory or the chance operations and vicissitudes that produce such partnerships, mention should be made of Jon Abbey's role in facilitating this project. Sugimoto has traveled a distance from the approach and sound of his last studio release on Erstwhile, 2001's The World Turned Upside Down. Abbey's greatest gift in producing new music seems to be his imagining and brokering of pairings that, as Pisaro said of this collaboration, would otherwise not happen. In the decade that each musician has been active since Sugimoto's last Erstwhile release, Pisaro and Sugimoto's parallel play has brought them to this year's avatar of indeterminancy, 2 seconds/b minor/wave. Like Toshi Ichiyanagi, Cage and Tudor, stitching together their simultaneous creations has produced a work that extends their antecedents' deflation of the composer's ego and control drives into a new era. Pisaro and Sugimoto have created sounds off the page, rolling the dice, leaving the details to your ears.

We listen to almost all [music] in the same way, Sugimoto wrote in his liner notes to Musical Composition Series 2 [Kid Ailack, 2010]; one of the aims of experimental music, he continues, is to break this convention. It must be done again and again to dislocate the rigid way which we adopt when listening to music.

Pisaro, simpatico with Sugimoto in more respects than making music, says,
...nonetheless, the stillness, the silence and the serene beauty; the sense of taking your time and trusting your audience to take time with you...suggest a deeper kinship.

With this sort of respect for the listener, they roll the dice. Listen.

Cage quotes from Indeterminancy: New Aspect of Form in Instrumental and Electronic Music

Pisaro quotes from Wandelweiser, an essay on ErstWords

Werner Meyer-Eppler was the Alan Freed of electro-acoustic music is a reference to the urban myth that DJ Alan Freed coined the genre term, also in the mid-50s, rock & roll.

My sincere thanks to Michael Pisaro and Taku Sugimoto for our e-mail exchanges.

A superb synthesis of a number of interesting histories/aesthetic moves here Jesse. A lot of texture in your deep consideration of this collaboration. Congratulations. When can we expect to see your book?

You're kind, thanks Bill. I have read your considered responses to this music for years, so your praise has real heft.