thinking of this music while reading francois jullien 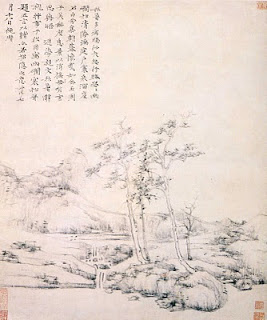 All flavors disappoint even as they attract. Persuading the passerby merely to "stop", they lure without fulfilling their promise. They represent nothing more than an immediate and momentary stimulation that, like sound sifted through an instrument, disappears the moment it is consumed.

In contrast to such superficial stimuli, the bland invites us to trace it back to the "inexhaustible" source of that which constantly unfolds without ever allowing itself to be reduced to a concrete manifestation or completely apprehended by the senses; that which transcends all particular actualizations and remains rich in virtuality...the value of savoring it is all the more intense for being impossible to categorize.

~ Francois Jullien, In Praise of Blandness

Wonderful to see you quote from this Jesse. It's one of my favorite books on Chinese culture by a Western writer. I should have known it would be in your library. The book (in its German edition) circulated freely amongst various Wandelweisers about 10 years ago (I think even before it was translated into English).