let Your enormous library be justified 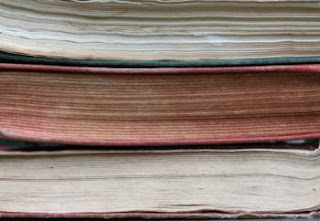 A curious pleasure lately in seeing musicians alluding, whether through explicit titles or more subtly through various signifiers, to literature I have some personal history with.

This occurred recently with Michael Pisaro's July Mountain, linking a Wallace Stevens poem, the last the great poet would see published, with Pisaro's prismatic music inspired by, and sourced from, mountains in California; then again, as I continue listening to Pisaro's a wave and waves, taking at least some of its animus from John Ashbery's ruminative, 21 page poem, A Wave.

Now I am digging into the Joe Foster/Kevin Parks two-CD release, Acts Have Consequences, and there is a nod to Jorge Luis Borges, a writer I referenced in my thoughts on the sound world of Rafael Toral [entitled, after the staggering acts of creation in the Argentinean's strange bestiary, The Book of Imaginary Beings].

Well, I was an English major in my misspent youth, reading with an avidity and affection diminished over the many ensuing years. Sweet to be reconnected to these old friends, and in the case of all three cited, Stevens, Ashbery and Borges, I need reach no further than my home office for the referenced works in the music under review.

The Foster/Parks piece entitled The light they give is insufficient and unceasing [translated in my New Directions paperback edition as The light they emit is insufficient, incessant] is lifted from Borges' short story The Library of Babel.
Borges imaginarium here is a library that is the universe, containing an indefinite and perhaps infinite number of volumes, too many to read, too various to derive meaning from, and tended to by librarians who are a sort of hermetic cult, endlessly seeking light from the stacks around them.

Carry a little of that admonition into your listening to abstract music such as Foster and Parks offer here.

Even while Borges, consummate creator of mandalas of contradiction and paradox, adds

No one can articulate a syllable which is not filled with tenderness and fear, which is not, in one of these languages, the powerful name of a god.


All italicized passages, as well as the post's title, from Jorge Luis Borges, Labyrinths: Selected Stories and Other Writings, New Directions Paperbacks

The 19 Kinds of the Name of God


They fought over his body.
The Mohammedens wanted to bury

the remains, while the Hindus
desired to burn them.

They argued so for days.
Then Kabir appeared before them!

and told them to go
to the casket and remove his

shroud. Both parties obeyed.
They found, in place

of the corpse, a heap
of flowers, half of which were

taken to Maghar by
the Mohammadens and buried,

the other half to Benares
and burned by the Hindus.

As Kabir himself has said,
we can reach the goal

without crossing the road.
Or, no: at the heart

of the Universe, white
music is blossoming.