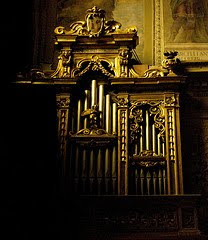 My works always take their bearings from a human stimulus; an event, an experience, a text of our life touches my instinct and my conscience, and demands of me that as a musician and as a human being I should bear witness.

Tubist Robin Hayward studied Nono's late works in Avignon 20 years ago, focusing on Nono's work for solo tuba, Post-Praeludium per Donau. This was when he first became aware of flautist Roberto Fabbriciani, who collaborated closely with the composer in the last years of Nono's life.

In the ensuing years, Hayward noted Fabbriciani's name on the Nono recordings he was checking out. These are the tendrils that eventually entwine; in this instance, the two musicians first played together in 2008, in Freiburg. The piece that combined their sounds was Nono's Risonanze Erannti. At that meeting they were, of course, responding to the composer's notations. A year later [September 28, 2009, nearly a year ago to this writing], they would meet again, responding to each other in an extraordinary setting, the Basilica di San Domenico of Fabbriciani's birth-place, Arezzo, Tuscany.

Another Timbre head Simon Reynell proposed to Fabbriciani that he record a duo with Hayward, the flute maestro's first recording of improvised music. Fabbriciani told me, in an email exchange- In reality, improvisation has always been part of my cultural and professional baggage, as I am an experimenter; therefore, the recording with Hayward was a natural choice. His esteem for Hayward, he told me, assured his saying yes to the project.

Hayward reciprocated the admiration for his playing partner- There is a sound-aesthetic of risk and imperfection in Nono's late works which Roberto had talked about when we'd met while playing Risonanze- they shouldn't be played too cleanly. This is something I can easily relate to, as it's also an aim I sometimes set myself when improvising, the reason I try to leave space for the instrument to come up with things I wouldn't have thought of.

This last quality, the provision of space for their dialogue to include the unscripted and natural sounds every dialogue includes- the plosives, rasps, tongue-clicks, whispers and throat-clearing- contribute to Hayward and Fabbriciani's encounter being much more than one of dual virtuosity and the mere exploitation of their respective modified instruments' potential for exotica.

Their twined sounds are, for the duration of Nella Basilica's 45 minutes, almost entirely subaqueous, seeming to rise from silent depths, in liquid forms and shapes. Fabbriciani told me he conceived of the sounds before he had the hyperbass flute in hand; the instrument, when completed by the commissioned craftsman, enabled Fabbriciani to realize what he could already hear-I have been able to realize absolutely the unknown sounds that have stimulated my fantasy, he wrote me.

Independently of their 2009 encounter, Hayward was developing a microtonal valve system for his tuba. While Hayward had begun exploring the microtonal sound worlds possible with the conventional six-valve F tuba in 2003, his modified system was fitted just two months prior to recording with Fabbriciani. The newness meant Hayward discovered some of its sounds as he improvised the Nella Basilica session. This was consistent with Fabbriciani's observation that one shouldn't approach Nono's works too cleanly, maintaining the sound of surprise. 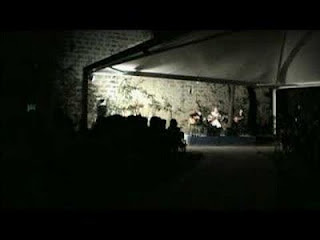 Nella Basilica is structured as five tracks, 5-15 minutes in length. In fact, the duo's sound is of a piece, flowing effortlessly from pool to pool, gathering a head in moments of eddied, inspired, insistent dialogue [the final eight minutes of Riflessione are a bracingly glottal, spitty confrontation, in sharp contrast to the duo's overall pooled waters]. As I said, their combined voices are subaqueous, improbably so, given the extended tonal range of their modified instruments. The low frequencies that flutter and fall out of our hearing range remind me of similar sonics produced by electronic artists. Perhaps the best word picture of what a hyperbass flute sounds like is conveyed by the title of Fabbriciani's 2007 release for hyperbass flute and tape, Glaciers In Extinction. Much of Nella Basilica might be characterized as glacial- but also murmuring at depth, soughing as heard deep within a dream-state, wind rustles and whispers at 20,000 leagues. Hayward and Fabbriciani are so musical at these unprecedented depths, you are preoccupied with neither the innovation of their instruments nor their technique. This is, for me, high praise for a meeting that on paper looks fraught with the risks attending novel instrumentation and material [anyone remember Braxton essaying bop standards on the contrabass sax?]. 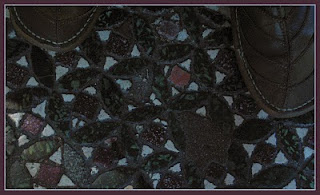 I won't pretend to understand Reynell's artistry in microphone placement; suffice it to say, you hear Hayward and Fabbriciani's sound in the most visceral, even corporeal manner imaginable. Throat, tongue and lips should be listed with the flutes and tuba employed as instrumentation. Reynell placed room mics in a fashion that occasionally pulls in sounds from without the basilica, which frame the musicians perfectly.

When I was first considering writing about Nella Basilica, informed that it is the inaugural recording of Fabbriciani-the-improviser, I figured that aspect of the release would be foreground. I am happy to report otherwise. There is no sense of the hybrid or of two disparate worlds meeting here- Hayward and Fabbriciani engage, as heard in the best of improvised encounters, in the moment, each sound placed with acute care and the utmost regard for the unspooling, low-end waters these fantastic musicians are trawling. Reynell deserves considerable praise for drawing maestro Fabbriciani from the festivals and concert halls of the classical realm into this intimate encounter with Hayward. While the seeds of their collaboration can be seen retrospectively in their shared regard for Nono, someone has to have the imagination and do the work to bring such a fruitful pairing about. Reynell, who continues to stake Another Timbre to such risks and adventures, has produced a beautiful document in Nella Basilica. Deep calls to deep, and we are privileged to hear the conversation.

The photos are from the interior of the Basilica di San Domenico.

My thanks to maestros Roberto Fabbriciani and Robin Hayward for their immediate and enthusiastic responses to my email queries.

Be sure to investigate further the remaining three brass duos available on Another Timbre- there is much good music to be heard on these projects as well.