in the superlative degree

I have been trying to ignore the insistent thoughts about a few oversights that attend every such favorites list, but alas. When thoughts like these own that dripping faucet quality, growing more insistent with every renewed effort to ignore them, surrender. Get up, turn on the light, attend to them.

I am remiss in not mentioning a few other releases that didn't get reviewed by year's end, but merited and received many spins. I won't amplify much, time won't permit it right now. My small amend here is that you might consider checking out several more that were omitted by dint of my time constraints, not through any shortcomings of their own. 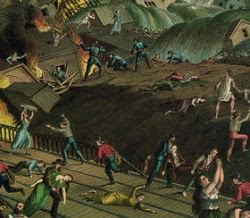 This pair combine and balance a couple of elements that resist many improviser's efforts in similar waters- lucid, almost unerringly apposite sound placement, and the taking of huge risks- stealth and a fuck all attitude that results in their sounding like no one else. It is almost irrelevant to report the duo source their sounds from guitar, trumpet and electronics; that will matter little in your enjoyment of their fluid, intuitive music. Along with their 2009 net label release, Prince Rupert Drops, and Ipsi Sibi Somnia Fingnut from 2007, a major blow to much of the gutless conformity in experimental music, braiding, with intelligence and equanimity, abrasion and the still-point with equal authority. 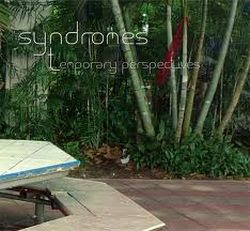 Whether Kilymis intended it or not [he did, I'll wager], Syndromes is beautifully constructed mind-fuckery-I can easily claim my ears have been nourished [and damaged] by many strange sounds in many strange stereo fields over the many years. Syndromes offers numerous episodes in which I struggle to distinguish between the sounds issuing from Kilymis' mixing board, my immediate environment, and apparent, borderline distressing auditory hallucinations. In short, endlessly inventive stuff, sounding [whatever the reality is, I am far from fathoming how many of the sounds I write about are made] like Kilymis is employing fairly simple means for his episodic compositions. A cracked delight for ears unafraid of dislocation and a willingness to resign from the debate about what exactly is music. With Rossetto's Mineral Orange and the Lescalleet/Lambkin duo, Air Supply, one of the strongest concrete releases of 2010. 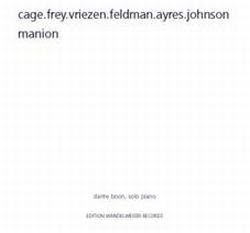 I will limit my remarks for now to confessing to a near obsession with replaying Manion's Music For Solo Piano. Great programming overall, despite my fixation on Manion's magical time manipulation through touch and insistence. 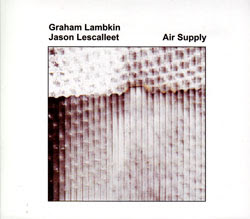 Numerous comments about this duo's second outing on Erstwhile have stated Air Supply is much darker, more sinister than their 2008 gem The Breadwinner. I'm not feeling that a bit. Both works own equal measure creaking, clanking unease, and near Estonian-minimalist gorgeousness. They are among the few working collaborations that have generated for me, in only two releases to date, heightened anticipation for their next move. I regard Lambkin as a sort of electro-acoustic Brion Gysin, and Lescalleet [spend a little time, as I did recently, wending your way through Forlorn Green, Mattresslessness, The Pilgrim and Love Me Two Times, all essential]-well, Lescalleet is flat-out brilliant, among my few favorite current musicians.