Dodging the "best of" rubric, let's say this-you tell me you can afford to purchase 21 releases from 2010; I send you this way. [There are 22 releases listed, as the Ural Umbro self-titled CD was remixed to great results and released as Latent Defects on cassette].

Composed works vie with improvisation on this round up, though that distinction means less and less to me personally, and I think to creative music's vitality. There are two jazz-based works that I hope receive more attention. The areas of music explored by the Wandelweiser collective are well represented, as are a few slices of the noisier points on the continuum.
Obviously I selected most of these for review this past 10 months. A few notable exceptions are included, and will, with any luck at all, be reviewed down the road. Discuss, enjoy, and give new music close and repeated listens in the new year. 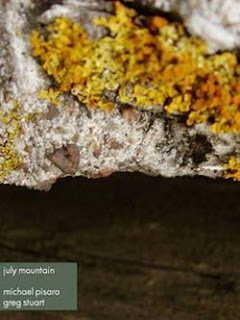 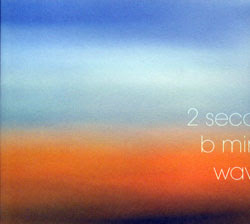 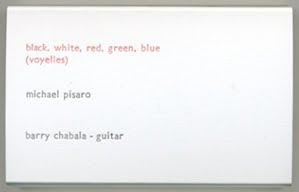 
These three releases represent only part of Pisaro's 2010 output, having launched his own imprint [gravity wave, on which you can hear three versions of july mountain, including the original, first heard on this engraved glass edition] several months ago. I have written many words about Pisaro's sensibilities as a composer and musician-in fact, this inaugural year for crow feels intimately tied to Pisaro's work. Pisaro's frequent collaborators, percussionist Greg Stuart and guitarist Barry Chabala, have found a framework in which to advance some of their ideas about sound, silence and everything in-between. No one has yielded more musical pleasure at chez crow in 2010 than Michael Pisaro. 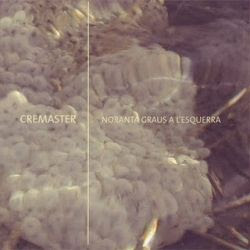 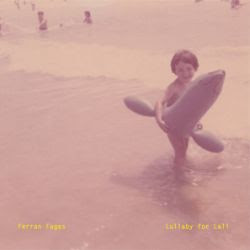 Fages received close attention from crow this year as well; an extended interview for Etude Records and several reviews. The attention is well deserved, the word count driven by the considerable range of Fages' musical projects-the ear-scrubbing of the perfectly-shaped noise heard on Cremaster's releases [a 2010 regret for me is not getting my review of Cremaster co-conspirator Alfredo Costa Monterio's amazing solo release on Etude, Aura, published by year's end]; and the tender duende of Fages' guitar work on Lullaby. 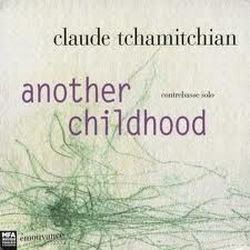 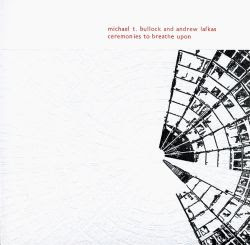 Grouped together as two examples of three strong bassists who plumb the instrument for all it is worth. Tchamitchian's work was the real revelation, as I'd heard Bullock and Lafkas previously in a variety of contexts. The French bassist put my jaw on the floor, without a whiff of the worst tendencies of the virtuosic solo work. 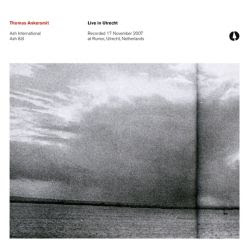 Pressed for a top pick of the year, I could argue for this one. Great real-time wrangling of the unwieldy and unstable sounds generated by a heavily-treated alto saxophone, shaped with masterful attention and raw power. Really exciting music, ridiculously representing Ankersmit's first proper release. 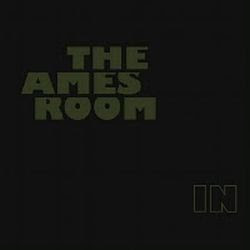 As I laid out in my piece about The Ames Room, I am a free jazz apostate, long since burnt out on that area of music's mannerisms and spent cliches. I needed something like this trio's argument-settling passion and force to pull me back to the possibilities of energy music. Amazing playing all around, there are moments in which Guionnet's freak-range spirals raise the small hairs. The Ames Room is exultant, a celebration, not a capitulation. 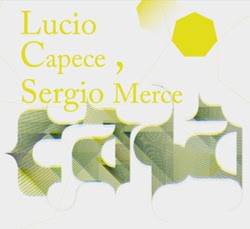 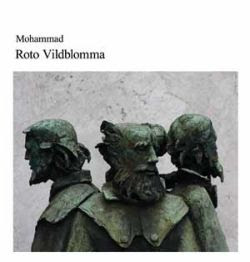 This is the only listing in which I will indulge in a little country-of-origin pairing, the two impressive imprints releasing these discs being based in Greece; the first is a stellar drone duo work from Aregentinians Capece and Merce, the second a detailed and generously unfolding drone work from three Greek musicians too seldom discussed in the usual places. Beautiful stuff I would love to hear in situ. 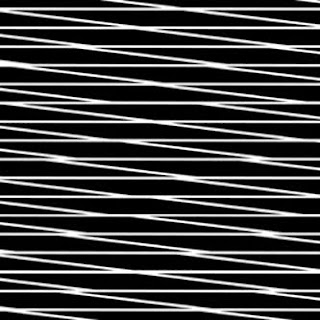 Two more musicians who have received the spotlight here. Deeply intelligent, nuanced and free-thinking individuals, their collaborations are well worth seeking out. It is always necessary for me to retune my ears listening to their work; they place, whether always by intention or happy accident, much of the beauty of their sound work deep within the white and pink squalls they kick up. Two percussionists restlessly engaged in the possibilities of noise. 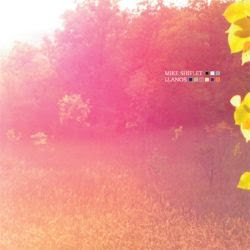 I have gone to some length to unpack the very immediate, autobiographical dimensions I hear in this one. Shiflet has always, to my ears, been heading towards the epiphanies of Llanos; he needed a year in Japan to see, and sound out, the public spaces near his Columbus, Ohio home. A beautiful offering, maybe the best evidence you can offer a friend who is unpersuaded noise can own the rigor and elegance of, say, classical music. 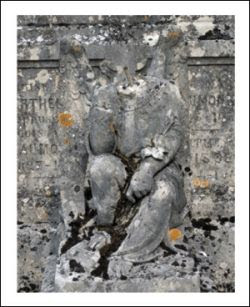 Korber's several years of relative silence on the new releases front was making me nervous; it seemed he might have beat the retreat from the momentum he was riding from 2005-2008. He came back with a fist full of frags, a scorching collaboration with Wehowsky that is amazingly rich, detailed and complementary. PLAY IT LOUD! 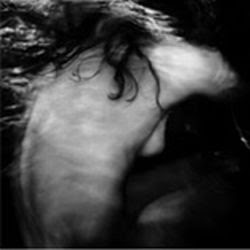 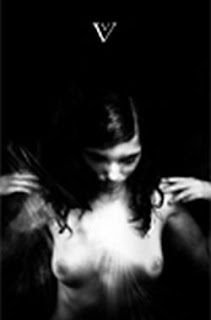 And this will be the listing in which I cheat a bit, in order to combine two companion works, and to say a few words about my fall/winter with the music of percussionist Steven Hess.

Latent Defects is a remix of Ural Umbro's self-titled album. Hess' companion in U.U. is Reto Mader, a Swiss musical polymath who has released a swell duo with Wehowsky. Polymath is advised here-Mader handles the bass guitar, horns, organ, strings, piano, kalimba, synthesizer, percussion, drums, tapes, and electronics in Ural Umbro The net effect of the pair's fondness for film scores [I hear the Goblins in their wackier moments], doom, and whatever placeholder for dark ambient is au courant, is a frequently anthemic, Sun O)))-meets-giallo-as-scored-by-Antonio Badalamenti-for-a-Mario Bava-remake kick in the head. Gorgeous stuff, even when it wears its atmospheres on its sleeve.

Along with Ural Umbro, the other 2010 Hess-related release was On's Something That Has Form and Something That Does Not [Type], Hess' long-standing duo with Sylvain Chauveau, produced by Fennesz.

I must cheat my own parameters here [ nothing released in 2010] to give a shout out for the amazing trio Haptic, with Hess, Adam Sonderberg and Joseph Clayton Mills. Haptic's run of a half dozen or so releases comprises, for me, much of Hess' finest work. The trio consistently achieve the richly textured gestalt many reach for, dislocating your ears and your expectations as to who is making what sound and with what sound-generator, to say nothing of the ballast they manage between ultra-minimalism and distressing, tension-filled episodes of noise. Haptic maintain the occasional AMM-like practice of testing this gestalt with a fourth guest musician, redirecting their sound and pressing them out of a collective comfort zone.

That Hess moves so fluidly between these [and other] projects, always subsuming his percussion to serve the music at hand, is remarkable. He can be an ecstatic pummeler of multiple crescendi, a covert contributor of nuanced cymbal sizzle and shimmer, and another presence sounding entirely electronic. Hess seems to me akin to Jack DeJohnette in his fluidity, ability to play in and out of time, and range of projects. I highly recommend you check Haptic, On and Ural Umbro for a taste of Hess' work. I offered a lengthy appraisal of Rossetto's run of releases on her own imprint [Music Appreciation] earlier this year. Along comes a slice of vinyl, late in 2010, on Graham Lambkin's Kye imprint. Like label mates Moniek Darge and Lambkin himself, Rossetto weaves together chamber-ish concrete, the unnerving and intimate sounds of our domesticity, cycling traffic, violin drone, bird caw and inchoate conversation through her oddly narrative-driven, but no less abstract, collages. I find her work endearing [if occasionally distressing] in that she reminds me a bit of Harry Partch-crafting her cabinet of wonders with the inventiveness of someone without access to a lot of resources, plundering hearth and home for her amplified zippers, aminal verbiage, and creaking string drones. The overall effect is fantastic, and fantastical. I am really enjoying Rossetto's developments and cheered to see that in 2010 she garnered a little press support and recognition. 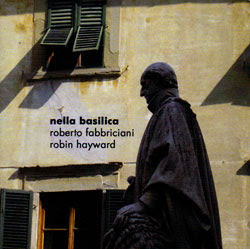 Extraordinary moments on this one, the auspicious debut on record of maestro Fabbriciani improvising [here with fellow Nono interpreter Robin Hayward]. The duo play the room [the magnificent basilica can be viewed on-line] with the alacrity and attunement of the best improvisers. Awash with an improbable sensuality and spirituality, AT head Simon Reynell arranged a perfect meeting and setting for two musicians who render irrelevant distinctions between the composed and the instantly imagined. 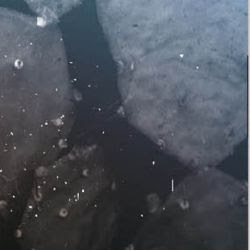 I have focused almost exclusively, in my listens through this jewel, to the 5 pieces by Terry Jennings. Composed from 1958-1965, long familiar to Lost Daylight's pianist John Tilbury and few others, these miniatures are astonishing. Bereft of anything extra, akin to Peter Garland's minimalist, process-based piano literature of roughly the same era, with a tributary in Satie and a lineage that snakes through current artists like Harold Budd, Simon Reynell has done us a great service making certain these sessions saw the light. I can't express adequately my regard for Tilbury's approach to the piano, without risking hyperbole-heard here, in his readings of Skempton and Feldman, or in his shattering work with AMM and Keith Rowe, he is in the company of my favorite few living musicians. This 30 minutes of Jennings' work reveals a complete and fully alive musical world, far ahead of his time, as Thomas Moore has it, existing in eternal time. 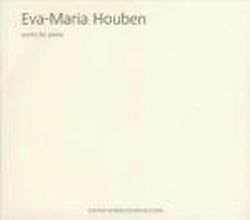 I am genuinely saying little about Houben's work, as it is my best intention to write about her in the new year. Suffice it to say she is a tone scientist, hyper-attuned to the sound of a sound's decay, and works here in the area of pedal science as if she were breaking down Feldman's sustains even further, truly tolling out the value of each tone. Amazing work, augmenting the cliched take on the silences of the Wandelweiser catalog with the just after of the blackbird whistling. 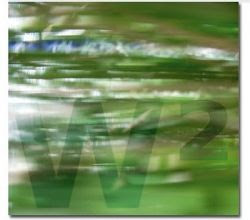 A fantastic compilation of location recordings from La Casa, spanning work he did around the world from 1998-2008. Sourced from water and wind, beautifully sequenced and presented, I will refrain from more, as I intend on writing about La Casa in 2011 as well. Will Guthrie told me once La Casa places his microphones like a pianist uses their finger pads, and I don't doubt it a whit. A great follow up to a La Casa-related favorite of mine, Metro Pre Saint Gervais, the subway sounds of La Casa, Eric Cordier and Dan Warburton. 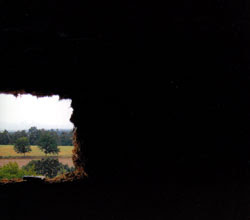 With two extant reviews of motubachii already [one for crow, the EP version for Paris Transatlantic], I risk more than overkill bringing this musical reynard up again. I'll say only this- motubachii has an unmistakable necessity about it, EAI's desidaratum at the end of its first decade. Perhaps my pick of the year, by that gauge.


...the just after of the blackbird whistling is a reference to Wallace Stevens' 13 Ways of Looking At a Blackbird.
Posted by jesse at 3:23 PM