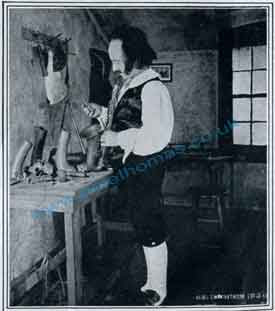 Bertrand Denzler's titles bear a sense of utility and reduction - tenor, filters, signals, air tube - but these close, close timbral variations are, at times, robust and visceral, as full-throated as a Don Byas essay, and as micr0-focused on the salivary details of tongue and air as the sonics of Axel Dorner and Franz Hautzinger.

With a self-restricted palette and sustained, one-pointed reworkings of small modulations and extensions of single notes and breath, Denzler at times invokes Braxton and Roscoe Mitchell's similar studies from the Delmark days. On Filters, phrasing simply follows the breath, each iteration coarsening, thickening, eventually splitting each held note, until the one-note motif becomes an over-blown wail, rising and falling, riding the breath. Signals may well be just that, sounding like an inchoate message for properly, perversely attuned ears. As he does in Filters, Denzler mutates the incipient tones, and an attractive admixture of precision and a slightly unformed and freak tonality are braided together and teased apart.

It is this last quality of Denzler's playing on Tenor that holds my interest throughout many listens; Denzler creates a unified field of the altissimo register, with its odd harmonics and unstable pitches, and an obsessive, deliberately self-limited focus on unpacking one note [or small sound area, as on Air Tube, where Denzler basically reduces the saxophone to finger pads and fingerings]. His method, in other words, is nearly surgical, but the music extracted is, as I said, robust and vital.

Strangely as I listened one more time tonight to Tenor, I leaped to an association with William Blake's Auguries of Innocence, that poetic line even non-readers of poetry have heard - to see a world in a grain of sand - this is Denzler's drilling down in each iteration of a note, insisting, literally, that one might discover a world within a single note. Blake continues and an eternity in an hour. While just short of an hour, Denzler's Tenor reaches a state I find pleasing: fullness and a sense of illimitable possibilities in the smallest grains of sound. 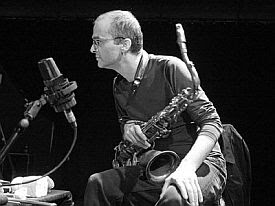 Tenor is available from Potlatch, a great label whose catalog includes Denzler's work in Trio Sowari, a fantastic project with Phil Durrant and Burkhard Beins.

Label owner Jacques Oger is unabashed in his advocacy for saxophone, releasing most of the key improvisers one might regard as the fecund and wayward streams issuing from Adolphe Sax's headwaters.