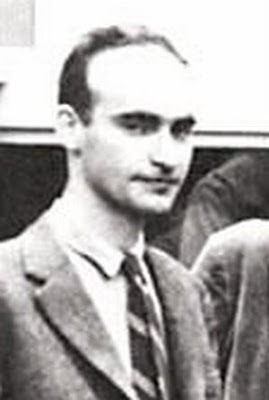 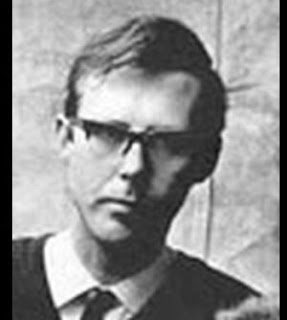 One year ago today two men regarded as seminal figures in composed and improvised music, reaching back to the 1950s and 1960s and their association with, respectively, the New York school (Christian Wolff), and AMM (Keith Rowe), sat beside each other and played a seemingly effortless 47 minute set. Expectations were, understandably, especially charged - the duo's performance was the only sold-out set of the 35 offered in the festival.  It was the first of six sets in the AMPLIFY festival for Rowe, who, to my ears, maintains a steady-state of Roweian limning and framing of Wolff's antipodal catch-and-release approach.

In a room of reportedly extreme heat and crushing humidity, Wolff and Rowe played, as evidenced on the just released ErstLive 10, like they'd emptied themselves of that incredible history, and of the attendant piqued expectations. With a sense of naivete and an almost off-handed ease, Rowe and Wolff bring forward sounds familiar to listeners who have followed their work even just awhile. The result is music that is neither exhilarating nor slack; rather, they sound to me completely uncontrived, content to allow this much-anticipated meeting (their first full set as a duo), and the music to, well, just be. In this way they convey indeed their long association (Wolff played with AMM from 1968 to as recently as 2010); old intimates have nothing left to hide, nor to prove.

If off-handed and uncontrived seem like underwhelming descriptors for the first pairing of two germinal forces in the twin streams of composed and improvised modern music, consider this: how attuned to the present, unencumbered by ego, and detached from decades of the sort of myth-making that moors artists to their legend do you have to be to sound this relaxed? I couldn't help returning to Picasso's mot juste - art is the elimination of the unnecessary - while listening to Wolff move almost disinterestedly from bare-bones percussive taps. simple melodica figures and an approach to electric guitar as distinct from his  playing partner's as can be imagined. Uncontrived, all unnecessary gestures and assertions eliminated, child's-play-of-the-ages. 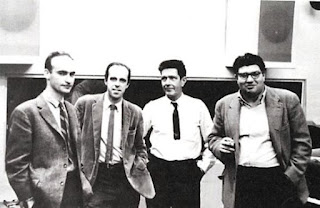 Each éminence grise entered their era and foundational musical associations at a young age - Wolff was 16 when he began lessons with Cage in 1950;  Rowe was 25 in 1965 when he co-founded AMM, with the intent from the get to create an entirely new form of collective improvisation distinct from the jazz and non-idiomatic streams he was familiar with. The corollary dominant musical scene for Wolff was dodecaphony, which the precocious Wolff responded to with an early Duo For Violins comprising three notes (this and similar works from that time can be heard on Christian Wolff: Kompositionen 1950 - 1972, released this year on the excellent Edition RZ imprint). 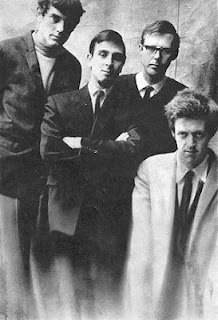 About 18 years following Wolff's turning year with Cage, Feldman and Brown, he was invited to perform with AMM; Rowe has stated Wolff had not to that point improvised in concert. This began an aperiodic association that, as I stated earlier, continued to 2010; Wolff actually recorded with AMM several years after Rowe left the ensemble in 2004.

The thing that influenced me more than anything else was that 1952 New York school, Rowe told Dan Warburton in his 2001 interview for Paris Transatlantic. Describing AMM, as Rowe has, as the music of three accompanists also sheds light on the sounds heard on ErstLive 10; I like parallel play. 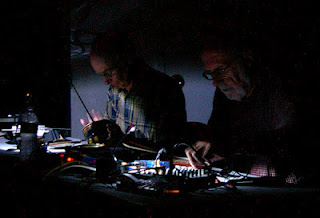 So perhaps 70 or so lucky attendees sweated out the duo's 47 minute set (a/c and fans turned off to capture the moment on a recording mastered superbly by Joe Panzner - absent myself, I get this assessment of Panzner's skills from folks who were in the room, and recall the sound well). I can insert my own naivete here and go on about the ridiculousness of two maestros of this order, performing with their shared histories in what may very possibly be a one-time event, drawing only 70  listeners, and whatever the resultant CD sales will bring. Last night I was gently admonished while reading a 1992 interview with Wolff, in which he said Let's face it, it's an esoteric music; there's no way to get a big audience for it. He was actually referring, 20 years ago, to sparsely attended concerts of Feldman's work  Plus ça change, and hooray for Erstwhile for creating the occasion and the recording of this rare encounter. 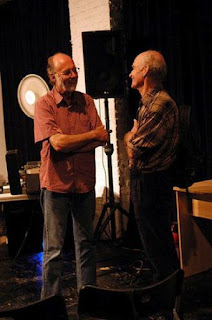 The music of September 4, 2011 sounds much like what you see in Yuko Zama's lovely photo above; ease, a brisk touch, a generously shared space between the two.  Rowe and Wolff brought the senescence of their parallel, occasionally intersecting paths of radical musical innovation to the table with a disarming absence of fussiness, sharing, with their music, their adamantine friendship.

Let's face it, it's an esoteric music... Wolff quoted in Cage and Beyond: An Interview With Christian Wolff, Perspectives In New Music, 1992