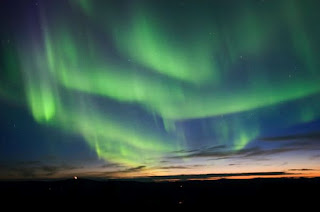 This is form gulping after formlessness,
Skin flashing to wished-for disappearances
And the serpent body flashing without the skin.

I have written extensively about the Catalan musician Ferran Fages, twice here in 2010, and in a 2011 review for The Wire. He has been prolific since those pieces, and happily has maintained a consistently high level of work.

While the three releases considered here span, in their conception and publication, a period from May 2009 to March 2011, and own some variance in both their materials and sonance, I hear a skein that binds them, one I would characterize  as Fages' exploration of sonic aurorae. I have seen the great aurora at play, in my case the northern, or aurora borealis. At play in the skies, the aurora is  thick plies and bands and curtains of light, made of the collision of super-charged particles, and, like everything we prize most, ineffable. 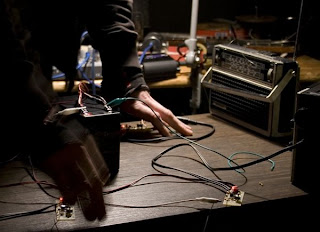 Listening through Fages' Pel Nord, LLavi Vell, and For Pau Torres, their effect on me is auroral, if that is even a word. The most recent release, For Pau Torres, was actually recorded in 2009. It begins with massed, swirling frequencies that easily evoke the aurora, has as its centerpiece the sort of languid, ruminative chord progressions found on Fages' 2010 record, Lullaby For Lali, eventually returning to the ether to flame out. This is the sort of construction Fages has been exploring for several years, encasing straightforward harmonic and timbral guitar work within abstract streamers of luminous noise. Fages stated his intention - ...to mix elements from experimental and popular music together... conducting a collision,  in our 2010 interview.The sort of construction you might regard as the serpent body flashing without the skin.  Auroare are a phenomenon of collisions - if the naive melodies and harmonies are the skin, what gulps them up is the charged particles, the beautiful noise Fages' conducts.

Llavi Vell, from 2010, is a gorgeous work of rich, howling overtones, the sort of luxuriant washes heard in some of the music sourced from the tam-tam by Mark Wastell. Clouds issue from Fages' close-mic'd guitar, but also barely controlled squalls of bent pitches that give this aurora a little spit and menace. 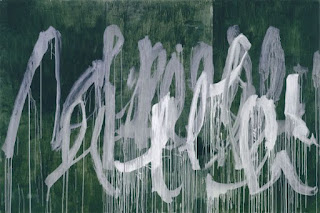 On the concise 7" record Pel Nord, Fages- as-conductor is perhaps most clearly evident, as he is essentially wrangling and shaping A.M radio frequencies, distilling their content, stripping away referents and recognizable tongues, creating a sort of denuded Babel reminiscent of Twombly's emptied cursive. As a miniature study of some of the elements heard in the two longer works, Pel Nord is a most potent release.

That is how I hear Fages' most recent solo work - great bands and ribbons, curtains and streamers, electricity charged, in several senses, with song.


Title and poem fragment from Wallace Stevens, The Auroras of Autumn, 1947